Right now, the metrics is the key of 'successful' performance. Since it is very difficult to measure the knowledge of a knowledge worker, executives feel increasingly uncomfortable with promoting this specific term. Executives attention shifted from importance of knowledge to a one basic metric - revenue. Hence, while being so compelled by the notion of metric, executives undermined knowledge, one and the most important component within an organisation.

The concept of knowledge worker was hyped by a management expert Peter Drucker in the 1950's, meaning before the internet happened! Difficult to comprehend how these knowledge workers were managed, and where was their expertise stored. But it all seemed to work, since 1950's was a time of transition from manual labor to work that requires high level of expertise and preciseness.

Of course, knowledge workers existed since we stopped living in trees and became Homo Sapiens. For example, look at the middle ages; the craftsmen had their apprentices to [pass on the knowledge] (/blog/learning-in-the-age-of-tutorial/) they possessed. Hence, the first knowledge and expertise storage was another human being. 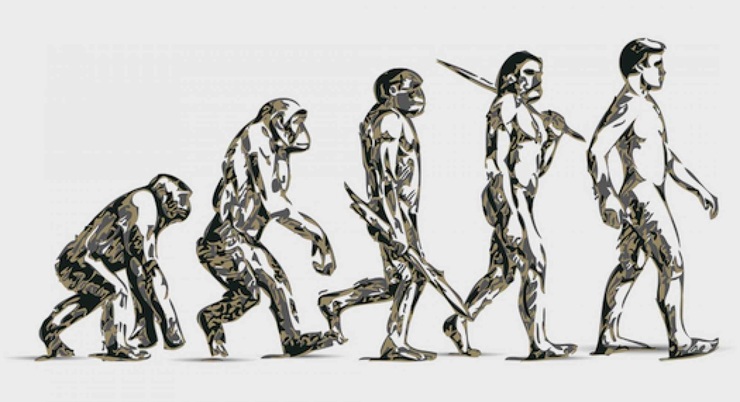 I am a knowledge worker!

Today executives are distinguishing between 'the talent' and 'the others' based on a numeric metric. Therefore, it creates a false ladder, where the cream of the crop is a knowledge worker who generates the most revenue.

Let's admit, not all of us can play the field. Consequently the ability to measure everyone's performance as a knowledge worker becomes impossible. This is where the 'false ladder effect' comes into being. I call it a false ladder effect, because everyone in an organisation is a knowledge worker. An executive is just favouring those, whose performace can be measured. All highly routinised jobs require creativity and improvisation. A sales executive would have nothing to sell or generate leads with if not 'the other' knowledge workers. Developers, marketers, data analysts, HR managers, secretaries etc. posses knowledge, which is unique, and enables the organisation to work smoothly.

Imagine a situation, where an executive acknowledges all the employees as knowledge workers. What happens if 50% of them decide to leave?

Costs more than you think

Julie Kantor, a founder of Twomentor measured that loosing one worker can cost approximately $15,000-$20,000 dollars. Let's do the math; multiply 50% of your employees by this amount of money.

Julie Kantor, tried to break down the costs and explain why substituting employees is so expensive. It becomes so, because an organisation ends up with costly on-boarding and training, interviewing new candidate expenses, lowered engagement by the employees who have stayed, and even more costs since certain costs are industry specific.

Previous example should give some food for thought. Executives often forget that when someone is leaving, they are leaving not only physically, but mentally too. With all the expertise, knowledge, creativity and interpretations. These components are the core of every organisation. Now imagine 50% of your organisational knowledge leaving. Sounds like a tragedy.

Knowledge is what you pay for, and it could be the loss of knowledge that will deprive your organisation from success.

Substitute the metric, not the worker

Look around, in a different light everyone is a knowledge worker, and only the choice of metrics is postponing the success. Ask yourself or your CEO;

How knowledgeable are my peers or the employees? And how should their knowledge be valued?

The only way to break the 'revenue' metric is to introduce technology into the working environment. Enable everyone to share and consume knowledge, while diminishing the 'false ladder effect'. Most of the managers and executives have no clue about how knowledgeable are their employees are.

Knowledge employees are the core of your company. When choosing the team or a new employee wisely you reward yourself with a new knowledge bundle. Brain drain has always been the term haunting civilisations, cultures and even organisation. Don't force employees to survive, make them thrive. Knowledge is as valuable commodity as revenue.

Subscribe to our newsletter and stay up to date.