2017 is the year Defacto turned 30 and that didn't go by unnoticed. On the 16th of June, the garden of Zuiderpark 3 was filled with co-workers, family and friends. Coupled with (local) drinks and the Defacto band the past 30 years were abundantly celebrated.

A barbecue, cake, Holy Water gin, lights and a fire to keep warm around. The gravel that normally offers space for the cars was this night transformed into a summer scene complete with a large party tent. With well over hundred people there was a relaxed and cosy atmosphere that warmly welcomed everyone. 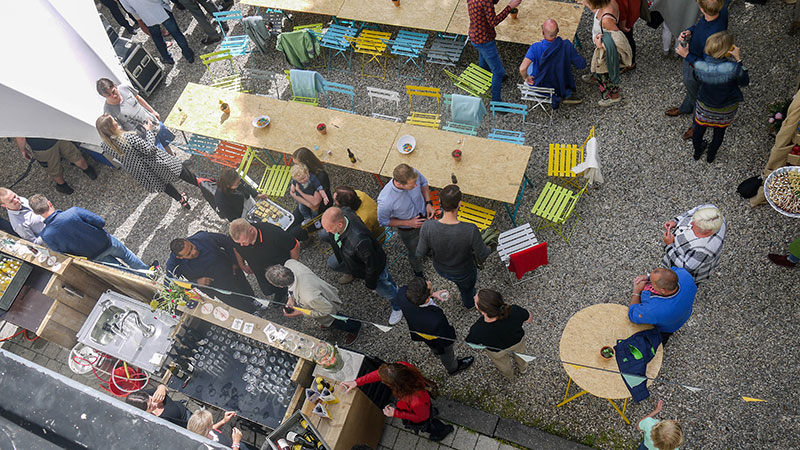 There was another anniversary to celebrate that day as well. The city villa that is Defacto's home celebrated its 135th birthday. It was built in 1882 by Jan Alken who named it Harep Senang which means ‘happy passion’. Beno Hofman, the memory of Groningen, talked enthusiastically about the history of the building and that of Zuiderpark.

The building had several owners until Hans Veeger bought the villa in 1999 and then Defacto got new neighbours as well. A couple of years ago the local youth build a hut in the bushes next to the building. During the party, the children of the hut got their very own sign: Zuiderpark 3A. During the afternoon they opened up the hut for everyone and offered tours. 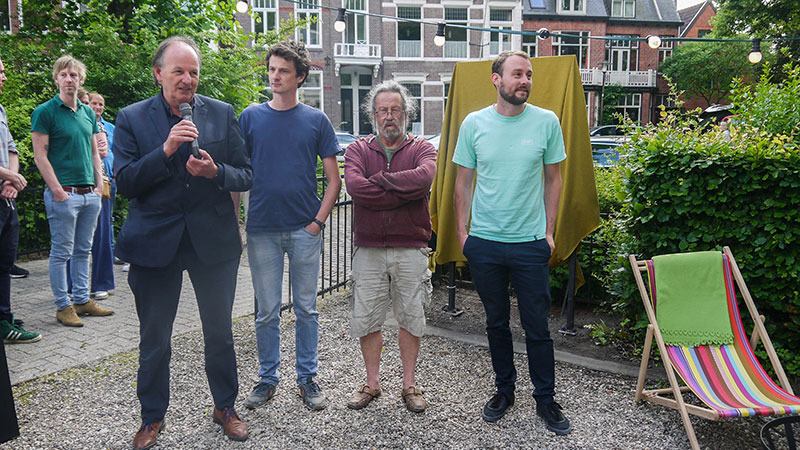 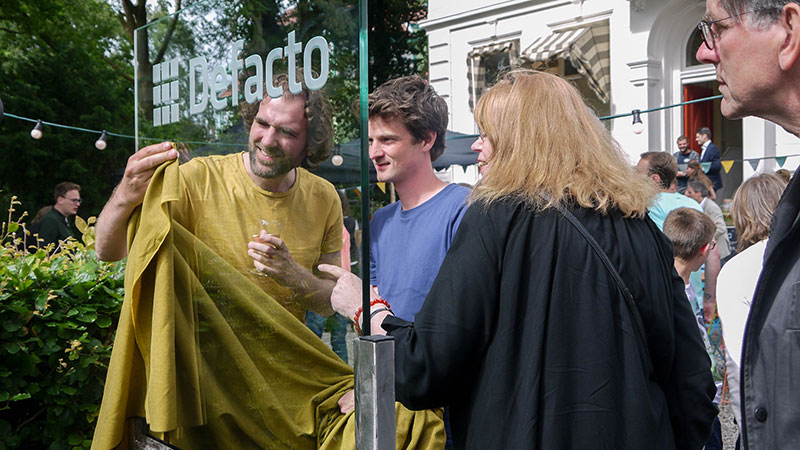 Defacto also got a new sign. The new glass sign was revealed with a loud applause. The artist Louwrens Ellens explained he intended to keep it simple so all the attention can go to the beautiful city villa. With the help of Frits Ypeij and Mathijs Kuiper he designed the sign to fit with the Defacto brand. Of course, it wouldn’t be a software company if the sign didn’t have some form of automatizing: The lights turn on and off automatically. 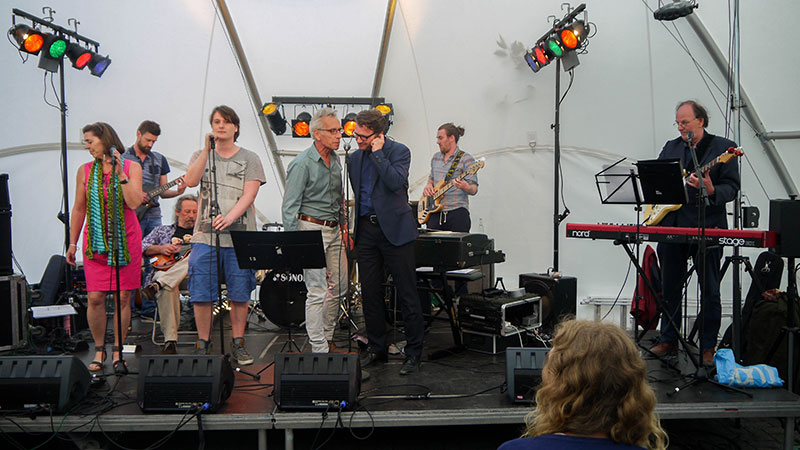 The highlight of the evening was the Defacto band who performed already classics like the Defacto song (‘Defacto werkt al jaren zo’). Milda too got the crowd cheering with her political Lithuanian song. In between songs Hans looked back at 30 years Defacto and the lessons he’d learned: as an entrepreneur, you can’t keep work separate. And: it’s amazing to help people develop.

Subscribe to our newsletter and stay up to date.